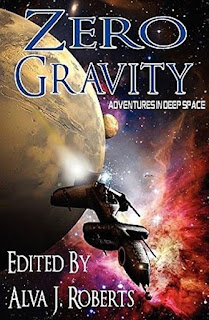 Since this article appeared on Red Room in 2010, I've seen even more anthologies take off. Today, many are being crowdfunded via Kickstarter and other online campaigns. It seems short fiction works in this crowded digital marketplace. I also have seen that many of these anthologies have the shelf life of pulp magazines as far as reviews and chatter online. To keep earning, you have to keep writing for new markets.

Return Of The Pulps

A writer friend and I were drinking coffee yesterday (this being Seattle and summer, it was iced coffee for me) as we discussed how 2010 turned into "the year of anthologies."

My stories are appear in four anthologies this year, including the just published Zero Gravity, and a couple more are currently in pipeline. He figured that if his current submission was accepted, he was up to eight anthology appearances in 2010.

So far, my sales have been fantasy, science fiction, horror, and superheroes. I have cyberpunk and dark fantasy stories sitting on editors' electronic desks. His eclectic collection ranged from possessed puppets to Lovecraftian lust.

So why the sudden flurry of anthology publications? Isn't short fiction, especially the type of wacky genre short fiction that we write, supposed to be dead?

After some serious caffeine consumption, our answer to this conundrum was the technology has revived the pulps, much like Frankenstein's monster being brought alive by a bolt of lighting.

Back at the beginning of the 20th century, new innovations in printing made pulp magazines easy and profitable to produce. Printed on inexpensive wood-pulp paper (hence the name), the pulps didn't need as big an audience as the "slick" magazines to make money. In fact, the publishers found that segmenting their audiences created bigger brand loyalty and sales. So pulp magazines were devoted to one theme, like Weird Tales, or even a specific character, like The Shadow or Doc Savage. Priced for mass consumption,  every month the pulps brought hundreds of new genre stories to the market. The pulps gave a home to such writers as Edgar Rice Burroughs, H.P. Lovecraft, Robert Howard, and hosts of others.

In the 1950s, other forms of cheap entertainment, including the rise of the paperback novel, eventually killed the pulps.  A few grand old dames survived from the era (Weird Tales is periodically revived), but the market for short action-orientated fiction definitely shrank.

So, here we are, almost exactly 100 years after the first appearance of the pulps, and not a week goes by without some daring new press (and a few old ones) putting out a call for short fiction intended for a "theme" anthology. It can be adventures in deep space or a new twist on a old myth like werewolves. Vampires, of course, appear in all flavors, from sparkly to nasty, and many editors seek a good old-fashioned scare or ask for cutting edge horror. Some anthologies are built around a shared world or even a single character.

ERB or Robert Howard would feel right at home.

New printing technology has produced a pulp revival. These days, you can produce a professional quality trade paperback or e-book for a very modest initial investment. Epubs make great epulps. Writers of pulp fiction suddenly have a new home for their work while fans of genre fiction have a myriad of choices.

It's an exciting time to be a fictioneer, and those of us who love writing the wild, wacky stuff are having a wonderful time hitting the keyboard.

Our coffee break ended and we headed back to our laptops. He needed to put the finishing touches on a spicy tale with tentacles. I needed to play with werewolves.

See you in the pulps!

If you want to learn more about the  20th century pulps, I highly recommend Frank M. Robinson and Lawrence Davidson's Pulp Culture: The Art of Fiction Magazines.