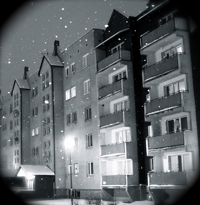 A Very Panda Christmas, Everyone!

Every now and then, superheroes need to take a break and enjoy a Christmas dinner together. This group of crime-fighting friends of various talents delegate the cooking to their loyal sidekick, the man-panda Snowflake, with some interesting results.

This story was first published in Cobalt City Christmas, copyright 2009 Timid Pirate. It is reprinted here with permission and presented for your holiday enjoyment.